Tirhal depicts the research taken during the 18 months in the postgraduate course EsadType at École supérieure d’art et de design d’Amiens (Ésad). Tirhal focuses on the readability of the immigration paper materials. It reassess the typeface and layout choices in bilingual (Finnish+Arabic) materials.

When I left Jordan in 2016 and moved to Europe, I was suddenly surrounded by a lot of diverse cultures. People from all over the world leaving their home country, to pursue different goals of studying and finding better lives. As a foreigner living between Finland and France, I apply yearly to a permit that allows me to pursue my degree and study freely in Europe. While renewing my residence permit at the immigration centre in Helsinki, I noticed that immigration papers consisted of different scripts like Arabic and Latin.
Arabic is now the fifth largest language in Finland. Therefore, official Finnish government documents have been modified to include Arabic translated versions to accommodate the growing diversity of the community. Given the importance of these documents, I wanted to create a legible typeface that enables all the information to be understood by the different people who would be using them. Having a typeface that makes the task of matchmaking the scripts would make official documents look better and more user-friendly. It would also enhance their legibility and communicative clarity.

I learned an important lesson while attending the postgraduate course at EsadType: typefaces serve different needs, and it is the duty of the designer to create shapes that meet those needs.
While working on Tirhal I gravitated towards three important goals:
1. Research my way of harmonising bilingual typography in a system that portrays cultural awareness and sensitivity.
2. Create a legible typeface that interacts with immigrants, allow transcultural dialogue and promote exchange.
3. Create a fresh and modern visually compelling typeface, that create a sense of playful transition into the new culture to minimise the friction.

Tirhal is a multiscript typeface of Arabic and Latin. It aims to support good legibility and a unified visual identity for all bilingual materials. The name Tirhal is taken from the Arabic noun rihleh. It can be used in multiple ways: one way can be to cross distances, the other is just going on a vacation. Tirhal represents my personal journey into typeface design. In the 18 months, my skills evolved into finding solutions and methodologies to conceptualising my ideas. During this design journey, many challenges were addressed to support this project. I trespassed these obstacles by researching, investigating and asking. And also by having many supporting mentors that guided my process. 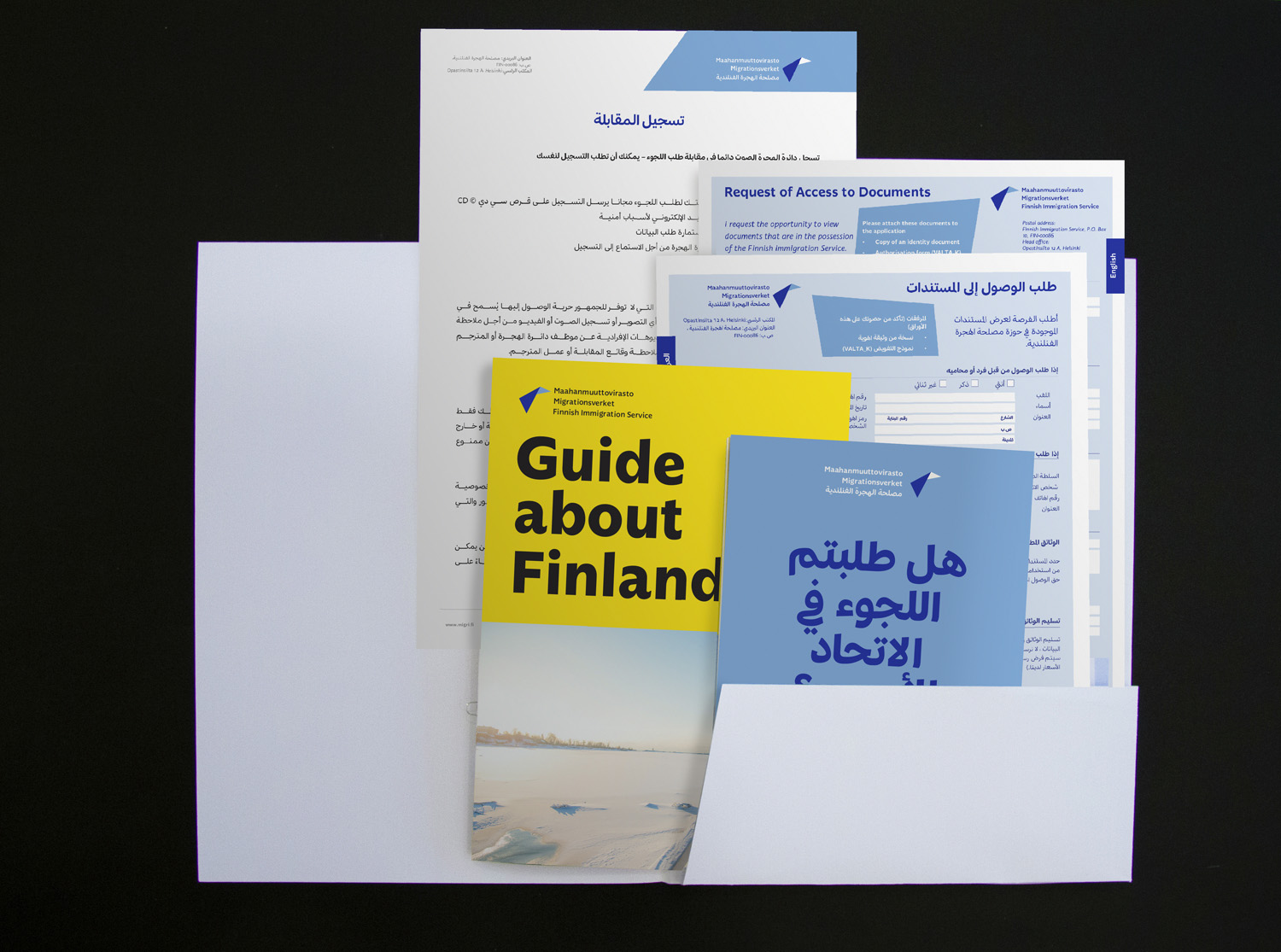 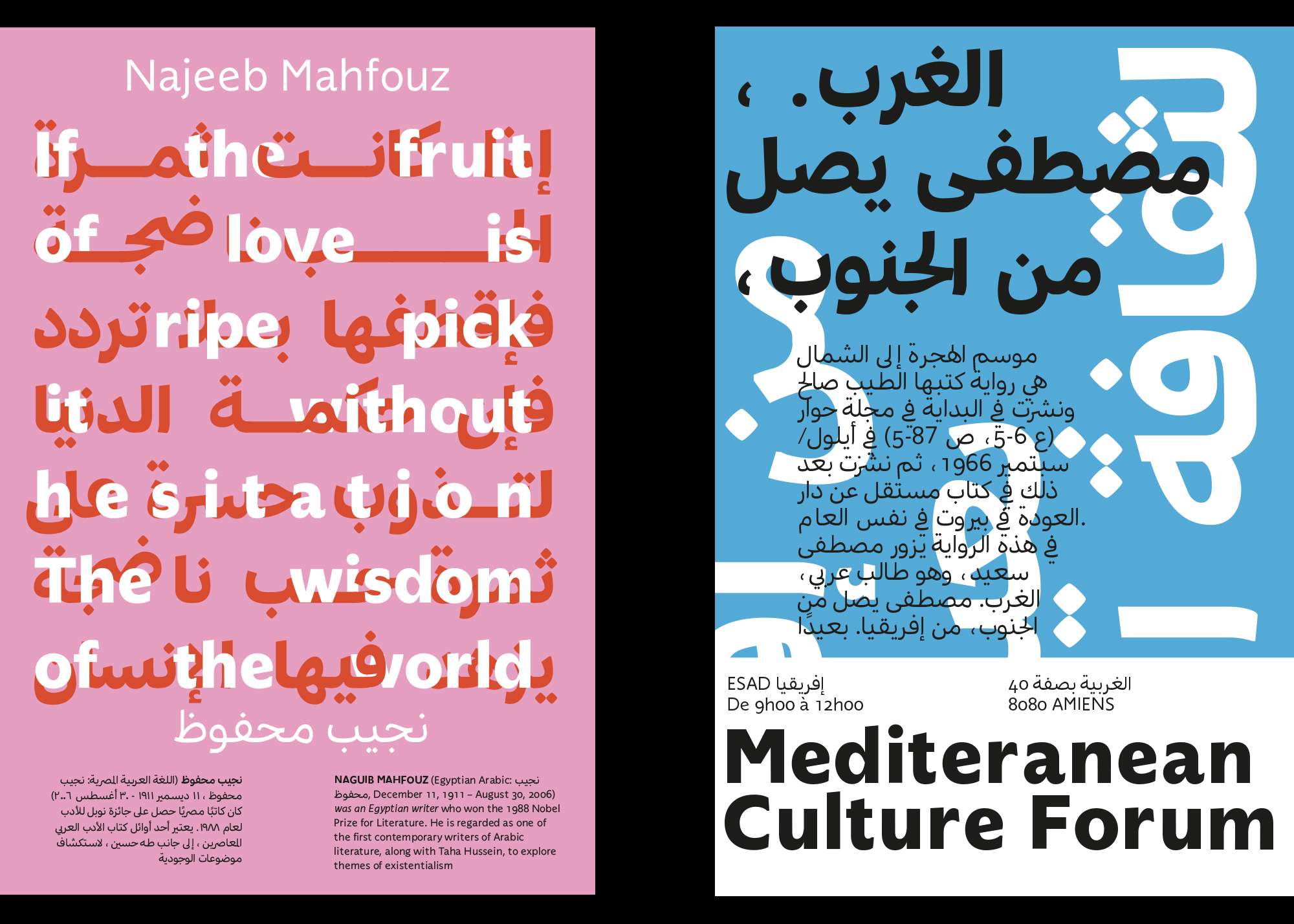 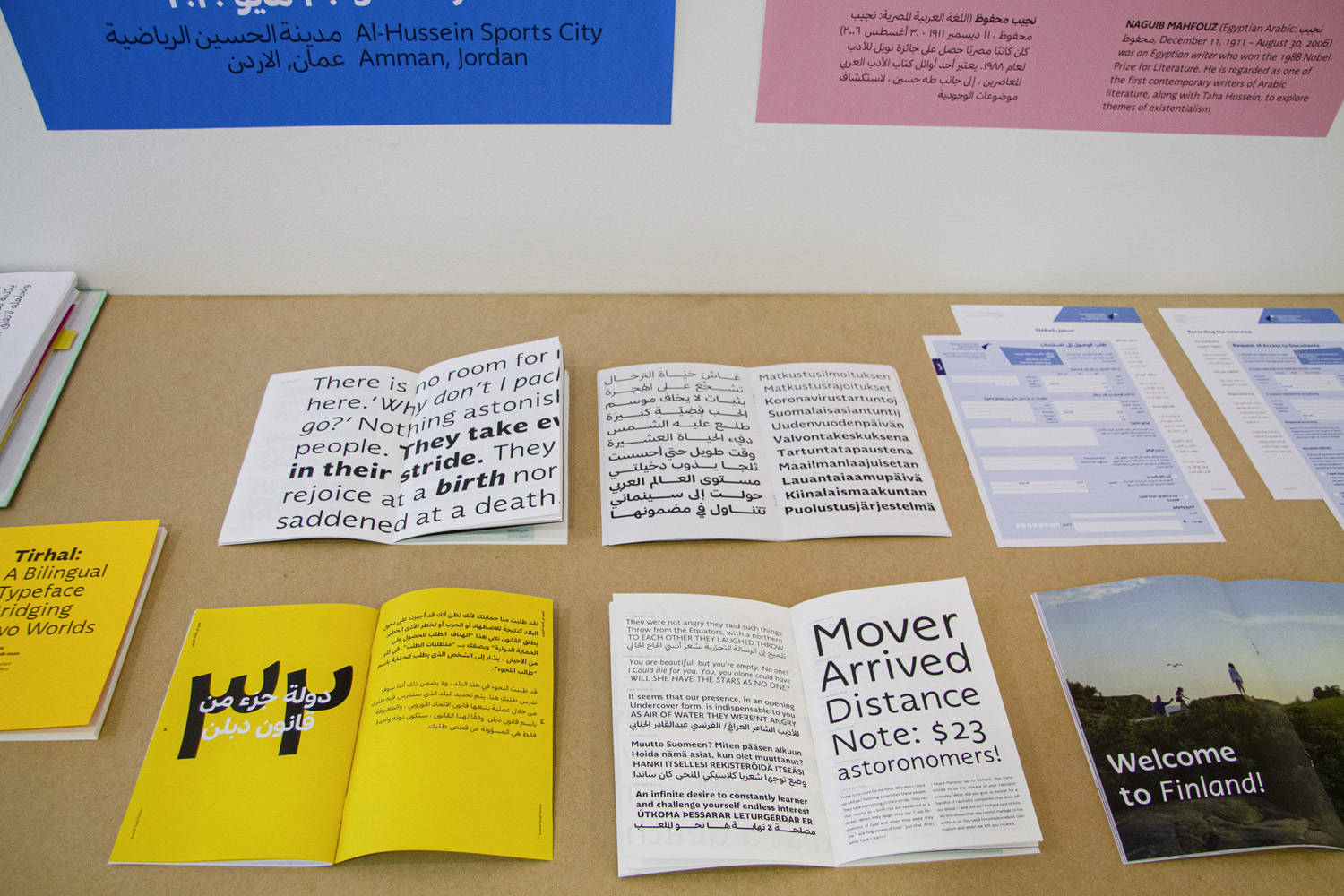 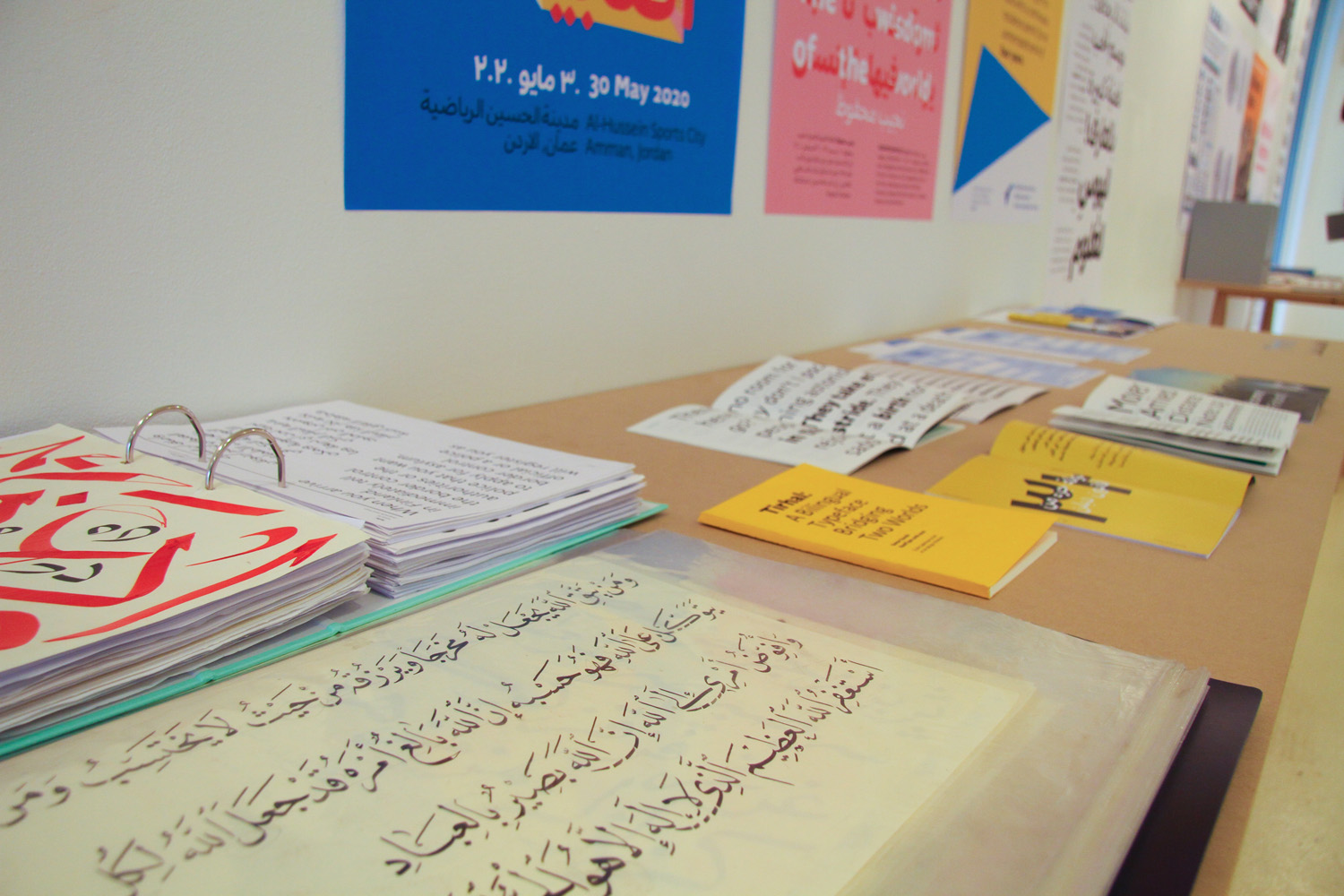 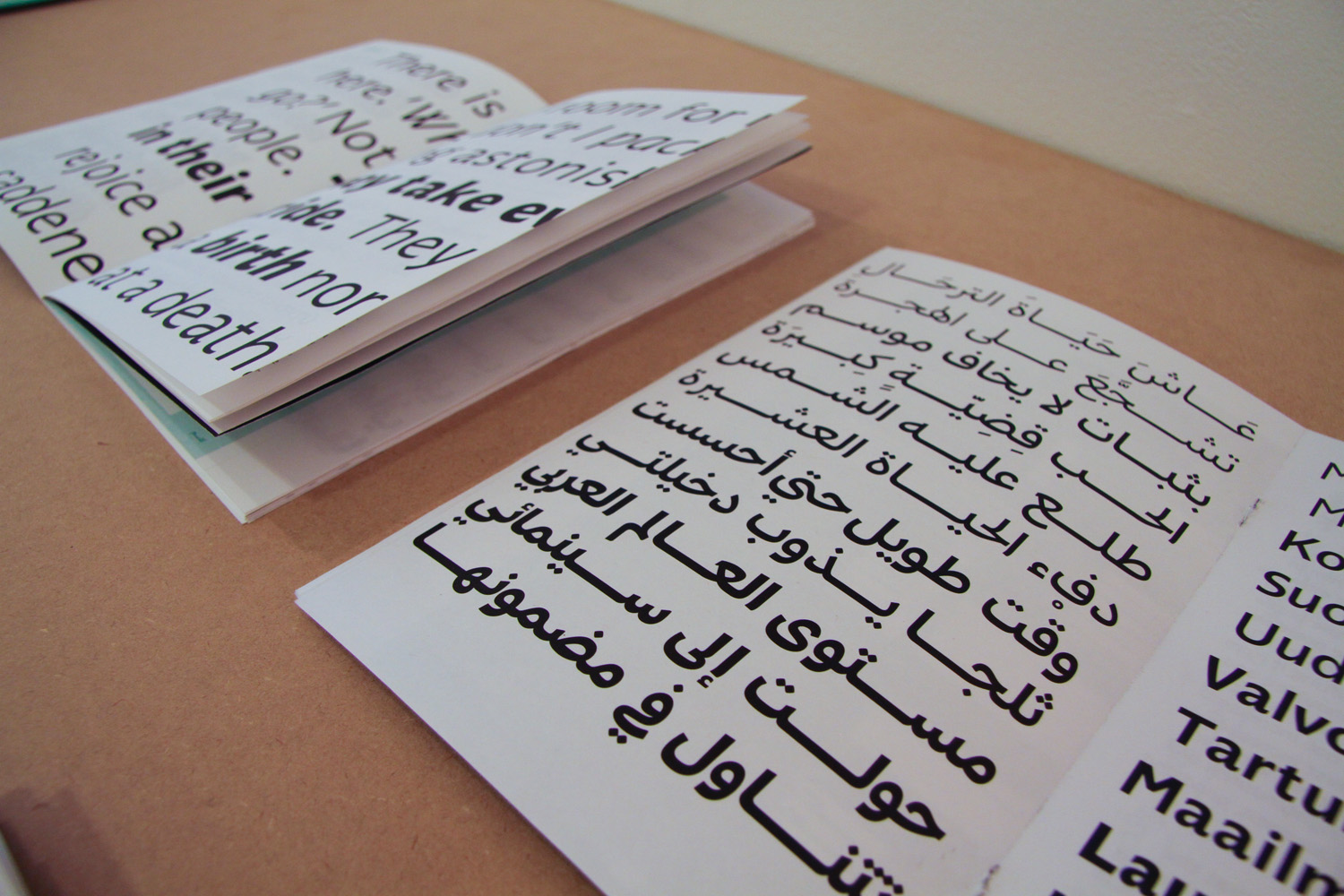 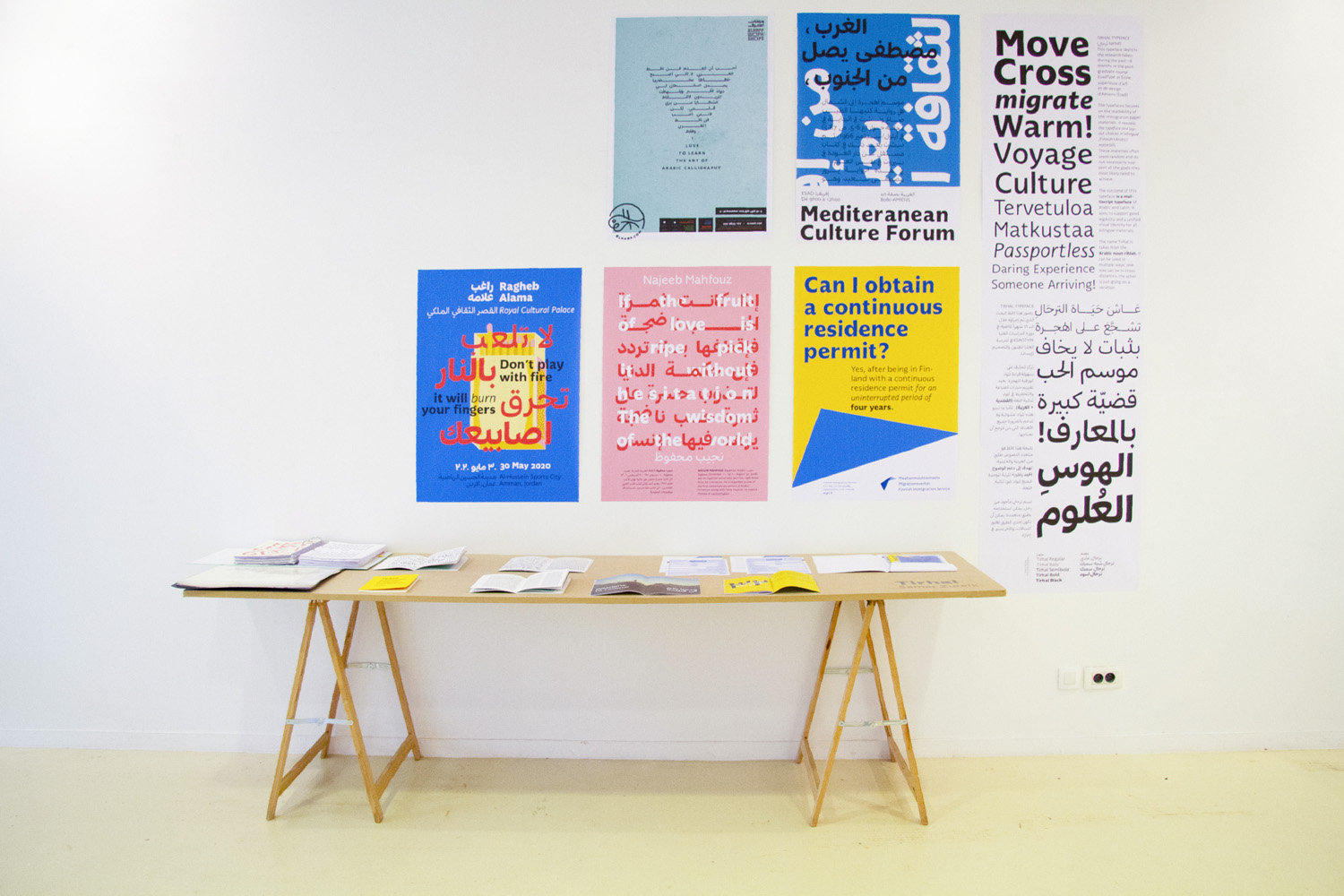 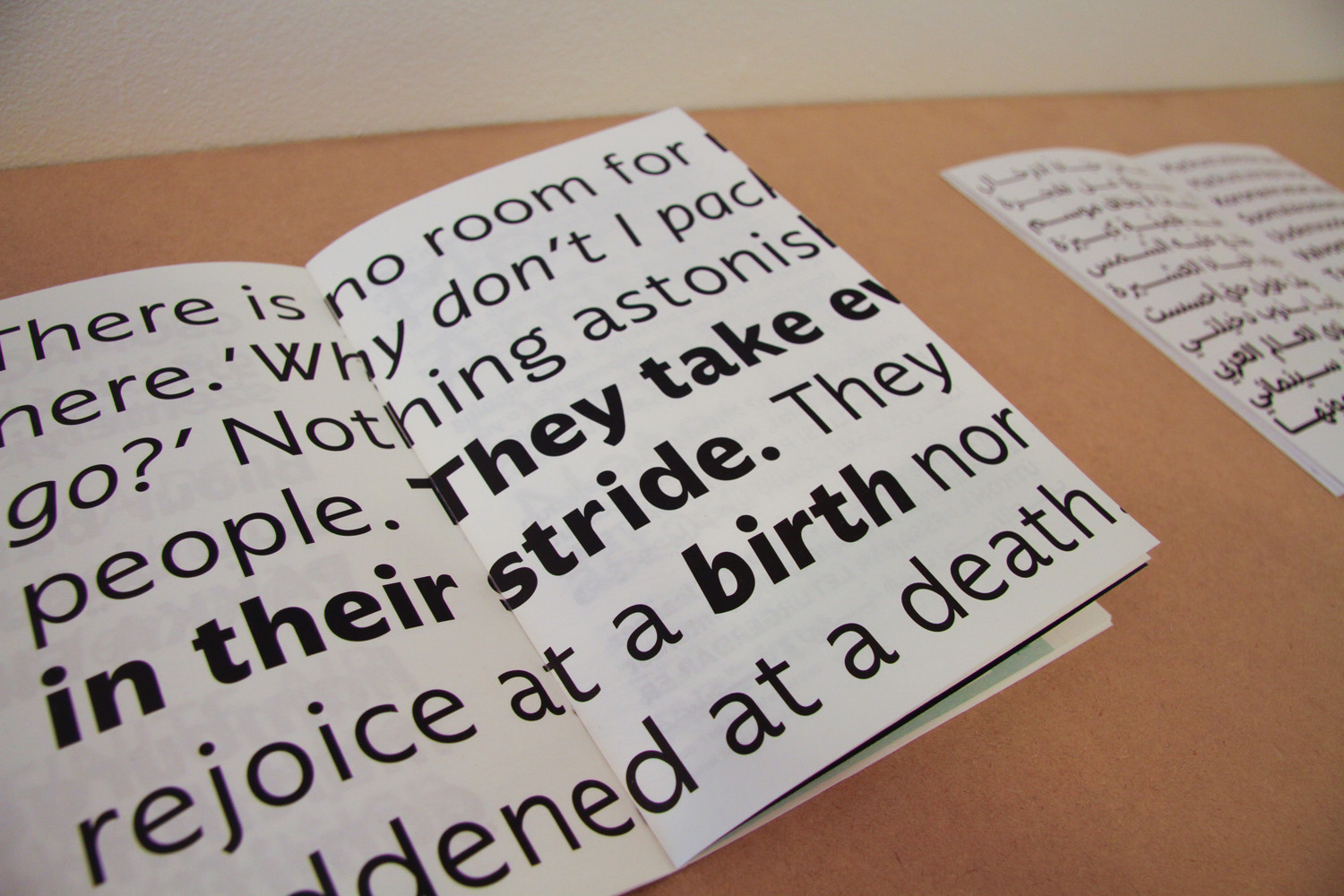